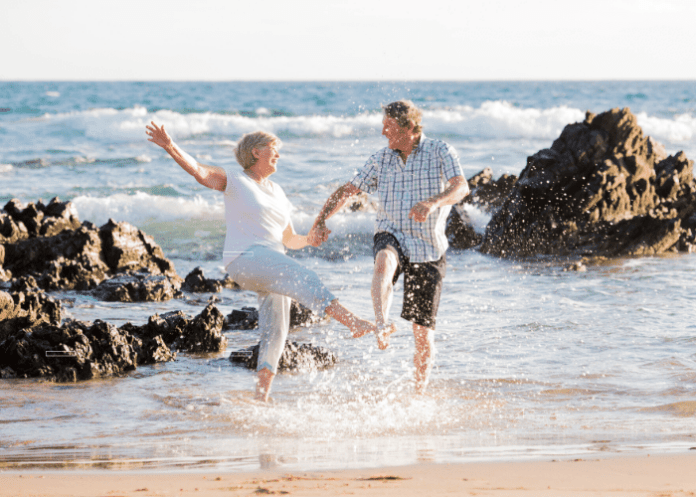 Americans are increasingly glum about the odds they will enjoy a secure retirement, and those concerns flow across generational lines.

Research by the nonprofit Transamerica Center for Retirement Studies reveals that 45 percent of Baby Boomers expect to experience a reduced standard of living in retirement. Meanwhile, 83 percent of Generation X workers anticipate they will have a harder time achieving financial security than their parents did and just 18 percent of Millennials foresee a comfortable retirement, the research says.

“A lot of this is because so many aspects related to a traditional retirement have changed. For one, people are living longer, which means they need either to save more money or find ways to make what they do save last.”

Other factors causing anguish are that pensions are a thing of the past for most Americans, and there are constant rumbles about whether Social Security faces a bleak future.

But instead of fretting, Mellberg says, those planning for retirement should concentrate on trying to control the things they can. He says successful retirees often display three habits that are worth imitating.

They live with some urgency.

Instead of sitting idly by, successful retirees seize each and every day to stay healthy and happy. Mellberg says this can apply to all aspects of life, from what you do during retirement to the way you save money throughout your working life. “A sense of urgency can call you to action, so you’re more likely to prepare for a great retirement,” he says.

They retire based on their financial assets, not age.

Traditionally, when people think about retirement, they pick a target age rather than a target amount in their portfolio. But that may not be the right approach. “While you might have a certain age in mind, it can be more worthwhile to create a retirement plan that’s based on your finances,” Mellberg says. “That will give you a much better chance of having enough money to last you the rest of your life.”

They aren’t afraid to take risks.

In many cases, it is best to minimize risks – and that’s especially true with finances for those approaching retirement, Mellberg says. “But you also don’t always want to live your life on the safe and boring side,” he says. One way some retirees minimize their financial risk is to use a portion of their savings to purchase an annuity, which provides them a set amount of income for life, much like a pension. “Once you know your retirement income is in order,” Mellberg says, “you can be free to take some risks in other areas of your life and pursue your lifestyle goals.”

“Retirement is supposed to be about enjoying yourself after a lifetime of work, not counting pennies as you try to survive,” Mellberg says. “People nearing retirement need to understand that there are steps they can take that will help put them in a more secure position financially so they can thrive and not just survive.”

Joshua Mellberg, president and founder of J.D. Mellberg Financial (www.jdmellbergfinancial.com), is an Investment Advisory Representative and licensed insurance agent. He is a sought-after speaker on retirement income planning strategies and has been featured on CNBC, PBS and Yahoo! Finance.