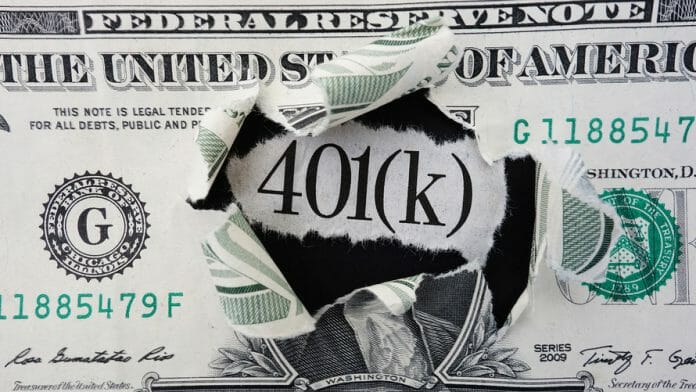 Among employers offering 401(k) retirement plans today, 90 percent automatically put employees’ money into a Target Date Fund (TDF). And according to a report from MarketWatch, as of 2018 more than half of all 401(k) accounts had fully 100 percent of their assets in TDFs.

From her new book, Rescue Your Retirement: Five Wealth-Killing Traps of 401(k)s, IRAs and Roth Plans – and How to Avoid Them (www.FreeRetirementPlanRescueBook.com), Pamela notes these reasons not to let your employer pick your retirement investments:

1. Employers Are Unaccountable for the Investment Choices They Make: The Pension Protection Act of 2006 gave employers protection from liability for the investment choices they make. Yet a study from the Center for Retirement Research at Boston College found that plan administrators routinely make poor decisions, choosing mutual funds that lag comparable indexes. Just like the rest of us humans, they routinely chase returns.

2. Target Date Fund Risks: TDFs are mutual funds that invest in a mix of assets, shifting from higher-risk to lower-risk investments as participants approach their target retirement date. Ninety percent of employers automatically invest your money in these funds unless you tell them otherwise. And 90 percent of new hires go with what their plan administrator picks for them. But in the last recession, investors in TDFs lost as much as 31 percent of their money, even though the Dow Jones Industrial Average lost only 1.61 percent during that time period.

3. Near Retirement? You’re Not Protected: According to a Government Accountability Office report, “As a result of the severe financial market turbulence of 2008, some TDFs designed for participants [planning to retire in just two years] lost considerable value, just over 40 percent in one case. Further, according to some experts, many participants were unaware of the risks associated with these investments and that such losses were possible so close to the retirement date.”

“If your money is invested in the market, you could lose some or even all of it — and you never know when that might happen,” Pamela says. “No one can tell you what the market will be doing on a certain day or in a certain year, so you have no way of predicting what the value of your plan will be when you’re ready to tap into it.”

After investigating 450 financial strategies, Pamela advocates a savings method called “Bank On Yourself” that provides guaranteed, predictable growth even when markets tumble — and allows people to know exactly how much money they will have available on the day they retire.

About the Author: Pamela Yellen is founder of Bank On Yourself, a financial investigator, and the author of two New York Times best-selling books, including “The Bank On Yourself Revolution: Fire Your Banker, Bypass Wall Street, and Take Control of Your Own Financial Future.” Pamela investigated more than 450 financial strategies seeking an alternative to the risk and volatility of stocks and other investments, which led her to a time-tested, predictable method of growing wealth now used by more than 500,000 Americans. Her new book is “Rescue Your Retirement: Five Wealth-Killing Traps of 401(k)s, IRAs and Roth Plans — and How to Avoid Them.” Visit www.FreeRetirementPlanRescueBook.com.