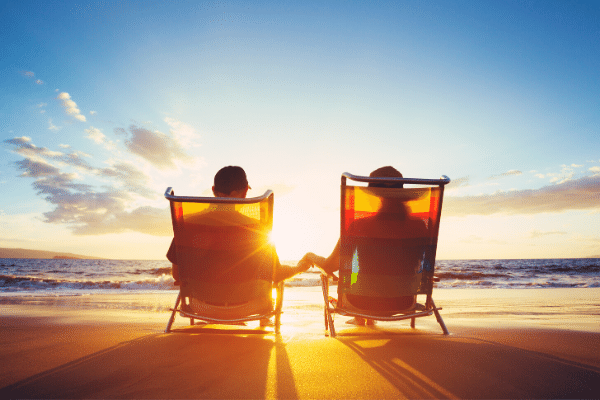 The pandemic has brought the possibility that some older workers will have to retire sooner than they planned.

One factor is that people 65 and above are considered to be among the highest-risk groups for severe illness from COVID-19. Thus, as the economy opens back up, baby boomers in particular are thinking twice about returning to office environments that could expose them to an increased risk of contracting the disease. And while in some cases retirement decisions will be voluntary, retirement may be essentially decided for some older workers due to jobs being eliminated as struggling companies restructure.

One report showed retirements of people from 50 to 65 and over have surged because of the pandemic. Medicare eligibility starting at age 65 and full Social Security benefits soon thereafter become economic incentives. But as we know, it takes a lot more than government aid to get us through the retirement years. And for older workers who planned to work long enough to collect full Social Security benefits but instead retire earlier, that could have permanent financial consequences. Filing at the earliest age of 62 will get the retiree only 75% of their annual full benefit. Whereas every year you delay filing for Social Security past full retirement age brings an additional 8% until you turn 70.

People often keep working as long as they can so they can continue to add to their retirement savings while also benefiting from employer-subsidized health insurance. Many older workers from the 40s on up think they will need to work longer because of the current economic crisis. But due to the pandemic, we seem to have less control over length-of-career considerations than ever before. And because of that, it ups the ante on taking care of your retirement funds in advance of retirement, and knowing ways to grow them and balance the risk to them.

When trying to figure out how to protect your retirement portfolio in the uncertain months ahead, remember that sometimes, trying to save yourself from future market volatility can result in major investing mistakes. Here are some examples to avoid during this recession:

Albert Lalonde, a financial planner and investment advisor representative, is the founder of Kaizen Financial Group (www.kaizenfinancialgroup.com).  Lalonde, a fiduciary, was inspired to enter the financial industry after watching his parents navigate their own retirement with no one to properly advise them. He has passed the Series 65 securities exam and holds an insurance and health license. Lalonde graduated from Montana State University, from which he earned two Bachelor of Arts degrees.