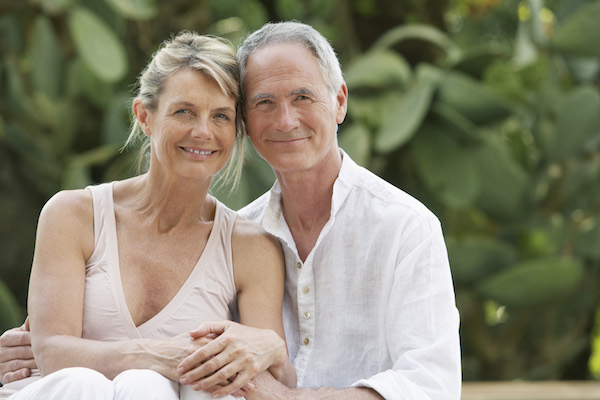 The statistics about marriage are enough to discourage anyone off from walking down the aisle. Studies have shown that nearly one-third of all marriages fail in the first five years and more than one-half end in divorce.  Marriages often collapse because couples are not prepared to go the distance and withstand the inevitable conflict that comes as the years go by.

Even those “honeymoon years” may seem more like “boot camp” after just a few months of trying to acclimate to each other’s personality differences and habits. The irritation and tensions that arise are inevitable as two independent lives try to merge into one. Yet, when couples do not understand this fact, they may start looking for the exit door, thinking that they have made a grievous mistake.

Finding common ground is easier when focusing on the fact that everyone really just wants to be happy. And, what better way to enjoy life to its fullest than to find a partner to share it with? Because of this shared value, the idea of marriage is still relevant and valuable today. Numerous published studies have concluded that a happy marriage is more likely to lead to enhanced physical and mental health.

But, too often, people enter the bond of marriage, hoping it somehow results in a harmonious alliance without realizing that they have the power to ensure the health and happiness of their relationship. That power lies in the quality of your communication with your partner. Below I have identified the 5 most important communication keys necessary to help a marriage not only survive, but thrive so that both partners can actualize their dreams of “happily ever after.

1.  Considering the benefits of arguments. Some believe that the ideal relationship is one that is argument-free. As a result, those who do start arguing may devalue the relationship by concluding that this is a sign that it was not meant to last. Not true! Many couples have been put off by their arguments and have ended their marriages. Why? It’s because they were not communicating. Even if communication at times means arguing, at least opinions and feelings are being shared.

More importantly, it is important to reshape your thoughts around arguments.  Conflict is a sign that the relationship is trying to evolve. Arguments simply signify that we are now being brought into position for transition in a relationship. If anything, these verbal sparring matches are ways to address an impasse in the relationship so that a new phase of relational growth can occur. Friction starts and arguments tend to follow a theme. When the argument circles on the same issues time and time again, each person can make a conscious decision to undertake changes to help the relationship move beyond this impasse. However, this can only happen if both parties understand and appreciate the reason for all this seeming adversity and friction. When couples do not understand the role of conflict in the relationship, a negative thought process causes them to doubt the security of the relationship and thoughts of jumping ship prevail.

Action Items: Think about putting your energies into resolving the conflict and moving to the next phase in the relationship. Let your understanding of the role of arguments dispel all fear. Put a positive spin on the arguing to uncover what needs to change and the specific actions each person can take to help propel the relationship beyond this impasse.

2.  Fighting fair and with respect. When accommodating the necessary space for change, your “battle” plan must include strategies for fighting fair and within a framework of respect for the other person.  Fighting fair means no name calling, no degrading one another, and not using your tongue as a weapon of mass destruction. It also means figuring out how to contain your anger and emotions so that they do not spill out into negative and personal attacks.

Working through a relationship impasse involves careful thought, listening, and rational debate. By seeking out ways to transform the relationship in a positive manner, you will be able to not only move it forward, but you may also gain new respect for your partner’s opinions and perspectives. Taking the approach that something great will come from the difficulty between you and your spouse leaves both of you more open and accepting of the differences you are facing.

Action Item: Understand and reorganize your thought paradigm around arguments and conflict within the relationship so that you fight in a fair and purposeful way. Make arguing an information gathering session rather than a “battle royale” of name calling and hatred.

3.   Identify the mood killers.  Mood killers are those things that shut your partner down. Also known as buttons, the longer you have been with your partner, the more buttons you know that you can push to get them to react in a certain way. Usually, pushing buttons does not involve anything fun and romantic. It is more about creating drama and emotional conflict with the other person.

For the sake of a healthy marriage, you do not want to be a button pusher or a mood killer. These are lethal weapons that do nothing more than escalate the dis-harmony. If anything, these mood killers push the relationship backwards and leave it hanging by a thread.

Action Item: To strengthen the bonds of marriage rather than leave it threadbare, stay away from those actions and words that you know your mate feels entrapped by, shuts them down, or breaks off communication. Admit you fears and those things that set you off. Vow to never willingly engage those triggers to wound one another

4.   Banning outside interference.  This key relates to those conversations you may have had with somebody else for advice. The result is static – that is, nothing that is clear and worthwhile to listen to or take to heart. It is because these “chats” with friends are usually one-sided. And, even though all the details are not known and they have only heard one side of a very angry story, by confiding to these folks you give them the right to butt in with their opinion about how to solve your relationship woes. Leave that to the professionals.

Don’t go there!  There is a reason “interference” is a penalty in most sports. It is because it is purely that – someone getting involved where and when they do not have a right. If you are the person engaging in outside interference, you need to know that this is not going to create a healthy marriage. If anything, you will be focusing on the wrong issues and reinforcing dangerous and emotional conclusions that can be detrimental to your relationship. Your partner may also be very angry to find out that others are now involved in your relationship issues.

Action Item: Go to your partner to resolve relationship issues. They are the only person you need to be talking to. However, if things are critical, qualified assistance can come from marriage coaches who are there to help keep the dialogue between the two of you on the right page.

5.  Employing positive reinforcement. Positive reinforcement always works, and it is an excellent way to make a significant emotional investment in a healthy marriage as well as receive a sizable return for that investment. This is because it involves telling somebody something good that they’re doing even though they might not be doing exactly what you want.

An often-employed tactic with children, positive reinforcement is an effective strategy because human nature response more effectively to praise than to punishment and reprimands. The idea is that we, as human beings, all aim to please and prefer to make someone happy rather than upset them.  Like the other keys mentioned here, the focus is on the positive, a consideration of your spouse and their feelings and qualities, and a tactic that utilizes respect and thoughtfulness.

Action Item: If your mate is not doing what you want them to do, begin to reinforce what it is you do want. Even though they may not be all the way there, when they are making strides, acknowledge that and reward them in a way that you know they like.