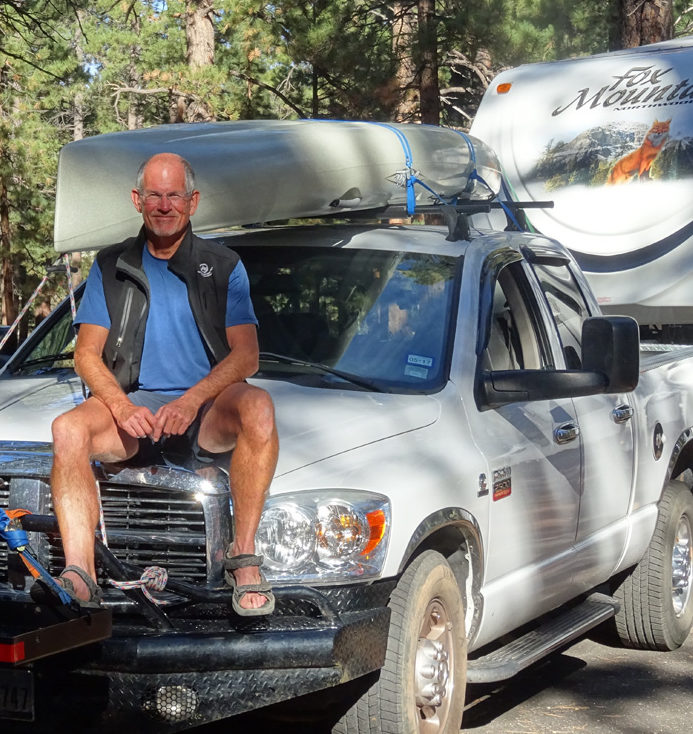 I was not categorized as ‘high risk’ for prostate cancer. But, as a single sole-providing parent of two, I began annual screenings before I was forty. At forty-seven, a ‘screening alarm’ rushed me into a biopsy.

Shaken and confused by all the misinformation surrounding this disease, I became dangerously complacent about my ongoing screening results and excused the early warning signs that began to present themselves in the coming years.

The best US standard practice offered me was non-curative chemotherapy and hormone suppressing drugs.

Discouraged, I returned to Europe for imaging not available in the US. That imaging identified cancer in my upper pelvic lymph nodes. After consultations with American doctors, I opted for a unique approach to salvage lymph node surgery in Belgium, another procedure not available to me in the US.

Today, over two years later, my outcome is as favorable as possible. Although I am grateful, I am always on guard and diligent with my continued post-treatment PSA testing.

I know there is no absolute proof of a cure.

Here is what any man or their partner that will listen should know about prostate cancer:

1. Today we know three out of four elevated PSA blood test results are not from cancer – the key is to identify the one that is. And we know most physical screening exams miss early stage cancer, so we must be cautious with the ‘all clear’ finding. To save lives, men must dispel the misinformation that prostate cancer is an old man’s disease, that screening has unmanageable risks, and that men should fear overtreatment and unwarranted side effects.

2. Before a prostate biopsy is performed, imaging should be done, just as it is routinely done for breast cancer. Although the US lags behind Europe in prostate cancer screening, the multiparametric MRI is becoming increasingly available. If a man cannot obtain the mpMRI, he should seek out the best available to him.

3. If a biopsy is recommended, every man should have additional imaging during this procedure to target the biopsy needle to the more concerning areas of the tumor. And as critical treatment decisions are based on the biopsy grading, a second reading of the pathology and genomic testing (or similar) should be obtained. Furthermore, if the pathology findings do not align with the imaging findings, further investigations should be done. I came to learn this is standard practice in much of Europe.

4. Men have many treatment modalities available with prostate cancer. I investigated the majority of them, including several that were not available in the US, five years ago. Once again, imaging is key. If I could do it over, I would seek out Ga68 PSMA PET CT before my treatment decision to aid in determining if the cancer is likely within the treatment field of reach. This is a very critical decision. Each man should seek as many opinions as possible to determine the best treatment plan for their specific risks. I highly recommend consultations with professionals who will not be performing the treatment.

5. As I came to learn, it is imperative for men to understand that the very common medical terminologies including “undetectable,” “relapse,” “recurrence,” “cancer free,” and “NED” (no evidence of disease) give a false sense of security and are often applied when men still have remaining cancer, active or not. Men face significant disparities regarding the laboratory number that defines these terms. Our own American Urological Association still clings to PSA 0.2 as the threshold to identify cancer recurrence. Many patients and doctors say 0.1 is undetectable, NED, etc., yet imaging and the salvage lymph node surgery I had done in Europe at PSA 0.1 confirmed cancer at my para-aortic nodes – the precipice of incurable disease.

About the author: A sudden prostate cancer diagnosis and shocking process to treatment hurdled Murray Wadsworth toward a new life purpose: spreading the dark truth about prostate cancer with Wadsworth’s book Prostate Cancer: Sheep or Wolf? All the while, traveling the nation in an RV to live his life to the fullest while managing his diagnosis.