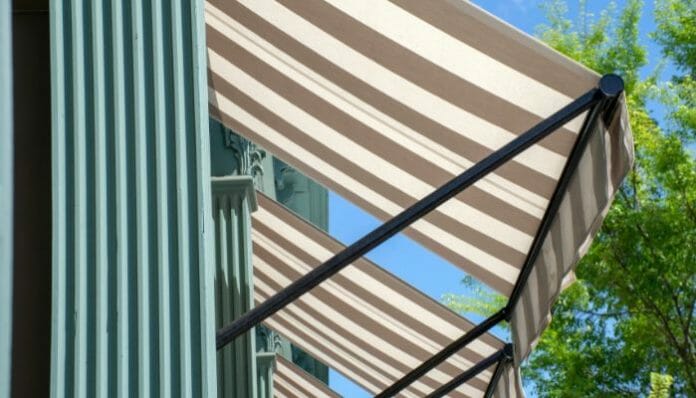 People have used awnings to shade their homes and businesses for centuries. If you’re considering adding an awning to your home and want to know more about them and their history, we can help. Keep reading to learn some amazing facts about the history of awnings.

As we mentioned above, people have used awnings for their homes and businesses for centuries. But exactly how many centuries are we talking about? We know that ancient Egyptians and Syrians used awnings for shade, but the first retractable awnings can be traced to the Roman Empire. When Romans wanted to attend events in stadiums like the Colosseum, they brought awnings with them, which were typically held open by servants or slaves. When the event was over, they could then collapse the awning and carry it home or wherever they were going next.

They Became Popular in the 1800s

While people have used awnings since ancient times, they became more popular and affordable in the 1800s. This is because the Industrial Revolution made it easier and cheaper to create metal frames for awnings so more people could afford them for their homes and businesses. By the late 1800s, people had also figured out how to add rope and pulley systems, creating a more modern version of the retractable awnings ancient Romans used.

The 20th Century Gave Us Options

Once awnings were affordable to produce, they spread in popularity, and people began experimenting with different options for materials and colors. World events like World War II also changed which fabrics were available for use, so manufacturers began to use more synthetic fabrics. You can now find awnings made from various fabrics, including ones engineered to prevent fading and clean themselves when angled properly in the rain.

Before we understood the science of the Earth, people knew that awnings helped keep them, their homes, and their businesses cooler. Now we know that the natural shade cools interior temperatures, which can help our air conditioning systems save energy. Naturally saving energy in this way means our homes require fewer fossil fuels to run, which helps the Earth and protects the environment.

Our amazing facts about the history of awnings teach us that awnings have been available since ancient times, grew in popularity in the 1800s, gained new aesthetic options in the 1900s, and help us save the planet today. If you’re considering getting an awning for your home, you should do so and join in on this tradition.