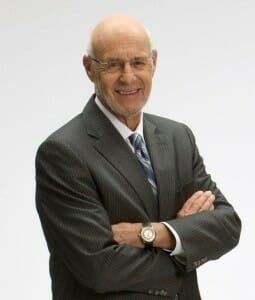 The city of Pittsburgh has become increasingly bike-friendly over the years, providing avid cyclists with a safe and fun place to bike. However, there’s a catch. In Pennsylvania, Baby Boomers ages 45-64 have the highest number of bicycle accident deaths.

Whether you use your bike to avoid the city’s morning traffic or to enjoy the outdoors, it’s important to keep the rules of the road in mind. Make sure you’re familiar with the state’s new bicycle safety law and safety tips aimed at keeping bicyclists safe.

In April of 2012, Pennsylvania joined a group of 18 other states that have “safe passing” laws. They impose a specific distance at which drivers can pass cyclists, as well as other measures meant to keep cyclists safe. According to the new law:

Another important aspect of cycling is following safe biking practices. By following these tips, you can help keep yourself and other Baby Boomers safe on the road:

Make sure your bike is in good shape. It’s important to check that all parts are in working order, including your tires, gears, chain, and brakes.

Use low-traffic roads. Try to take less-traveled routes so that you don’t have to worry about dangerous traffic conditions.

Ride defensively. Never assume that drivers can’t see you, and keep an eye out for potholes, rocks, and debris.

Don’t wear loose clothing. If clothing gets caught in your bike’s chain, gears, or brakes, it could cause you to lose your balance and wreck your bike.

Always wear a helmet. Numerous studies have found that wearing a helmet can help reduce bicycle injuries by up to 85 percent.

Obey the two-second rule. When the car in front of you passes a fixed object, start counting. If you get to that same object in less than two seconds, you know you’re following the car too closely. Allow yourself plenty of time to react, and always be ready to brake at any moment.

Use reflective gear. This is especially important if you’re riding at night, because drivers are not as likely to see you. You can also equip your bike with a white headlight, a red taillight and blinking light, and reflectors to increase your visibility.

Ride with traffic, not against it. This puts you where motorists are able to see you.

Knowing your state’s bicycle laws and practicing safe biking habits are two of the most important things you can do to prevent bicycle accidents from occurring. As a Baby Boomer, you want to avoid injuries, so you can continue to enjoy hobbies and time with family and friends. Visit these links for more information about Pennsylvania’s bicycle safety law and safe cycling.

Attorney Edgar Snyder, an avid cyclist for 60+ years, has served the residents of Western Pennsylvania and its surrounding regions for over 45 years. His law firm, Edgar Snyder & Associates, has represented over 40,000 people, including clients who were injured in all types of accidents. For more information, visit EdgarSnyder.com..