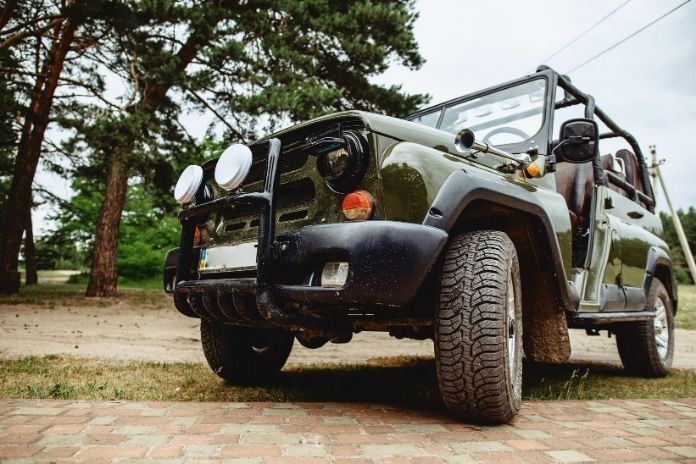 Whether you’re a hardcore automotive fan or only mildly interested in cars, there’s a good chance you know about Jeep. This company’s vehicles are so beloved that they spawned the iconic “Jeep Wave,” which drivers of the vehicle still flash to each other on the road to this very day. As interesting as that it is, there are a few more cool facts you didn’t know about Jeep that you may have heard conflicting stories about. This list will clarify some of the most interesting stories regarding this iconic brand. In fact, we’re going even further back than the original Jeep trademark in 1950.

No One Really Knows Where the Name Came From

As iconic as the Jeep brand name is, there’s still some mystery surrounding where it came from. In fact, there are three common theories on the origin of the Jeep name, all of which are equally fascinating. One theory suggests that the inspiration for the term came from the GP label given to Ford’s prototypes for the U.S. Army. On the other hand, the term “jeep” was common terminology for new recruits during World War I, which is why Willys engineer Irving “Red” Hausman had a reputation for using it while test-driving prototypes. There’s even a theory suggesting that the name came from “Eugene the Jeep,” a character from the original Popeye comics. No one really knows which of these stories was the original inspiration for the Jeep brand name.

In June 1940, as World War II inched closer and closer, the U.S. Army sought the help of over 100 automakers to build a light reconnaissance vehicle for use on the battlefield. Only three manufacturers took on the challenge—Ford, Bantam, and Willys. The company that won the contract, in the end, was Willys-Overland, though all three companies had a hand in designing the final product.

Throughout the entirety of World War II, army jeeps were a huge hit, and in the end, nearly 700,00 jeeps served on the battlefield. It’s important to know that there wasn’t just one type of jeep in use at this time. Since there was no official Jeep brand yet, multiple automakers—including Ford—were making various jeep models during the course of WWII.

Jeep’s Grille Is a Ford Contribution

Speaking of Ford, the company had a bigger hand in designing the Jeep we all know and love today than you might realize. One of the most iconic aspects of Jeep’s vehicle designs is the flat-slotted grille with integrated headlights. You might think this design came from Willys-Overland, but that’s not the case. This grille design actually came from Ford. Specifically, the design originated in Ford’s Pilot Model GP-No. 1, also known as the Pygmy.

Hopefully, this list of cool facts you didn’t know about Jeep has opened your eyes to this company’s fascinating history. Now, the next time anyone challenges your Jeep knowledge, you have quite an interesting handful of facts in your back pocket to use.