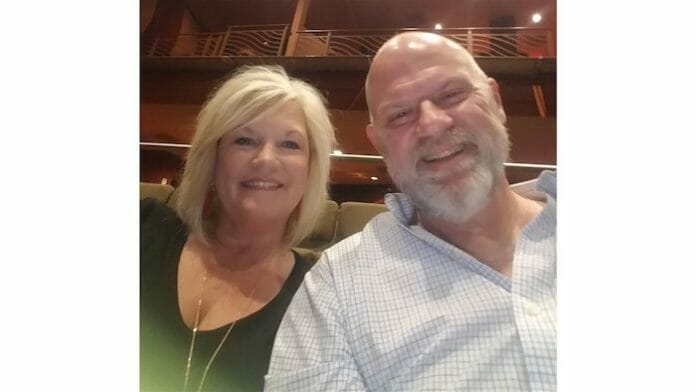 Within just eight days, Michael Adams, a 59-year-old husband and father of two from Moore, OK, suffered a heart attack and a sudden cardiac arrest (SCA) — he survived them both. Many think a heart attack and SCA are the same, but they are very different. Recent heart attack victims have a higher risk of SCA, but there are life-saving treatment options available.

To make sense of Michael’s story, you must first understand the difference between heart attack and SCA.

The difference between a heart attack and sudden cardiac arrest

A heart attack is caused by a blockage that stops blood flow to part of the heart, causing damage to the heart muscle. A heart attack sufferer will commonly experience severe chest pain, but will usually remain awake and able to call for help. Unlike a heart attack, SCA happens without warning. SCA occurs when a failure of the heart’s electrical system triggers a dangerously fast heartbeat — so fast that it causes the heart to quiver or shake instead of pumping blood to the body and brain. This causes the individual to suddenly lose consciousness. The most effective treatment for SCA is an electrical shock (known as “defibrillation”). Without treatment, death from SCA can occur within minutes.

Michael’s story began with feelings of tightness in his chest and shortness of breath. While in church with his wife, Donna, he noticed his vision began to blur. He asked Donna to drive him to the hospital, where he learned he had suffered a heart attack.

After placing stents in Michael’s arteries to restore blood flow to the heart, Michael’s cardiologist, Dr. Ryan Norris, of the INTEGRIS Cardiovascular Physicians in Oklahoma City, explained that Michael’s heart function, or ejection fraction, was weakened to only 30 percent. A normal ejection fraction is 55-70 percent. Michael was not out of the woods yet.

According to the American Heart Association, heart attacks increase the risk for SCA. This is especially true when the damage sustained by the heart muscle during a heart attack reduces the ejection fraction, as it did for Michael.

“For patients who have just experienced a heart attack and have a reduced heart function, the risk for sudden cardiac arrest is highest in the first 90 days of their recovery,” explained Dr. Norris.

Luckily for Michael, there are medical devices available that can help protect patients at risk of SCA. As part of his recovery from the heart attack, Dr. Norris prescribed a LifeVest® wearable defibrillator.

Because SCA can happen at any time, Michael was instructed to wear LifeVest under his clothes day and night, only taking it off for a short shower. Michael accepted his wearable defibrillator and wore it faithfully.

Just eight days later, Michael was talking with a co-worker when his heart suddenly spiked into a dangerously fast rhythm. Without warning, he passed out. He was experiencing SCA.

Within one minute, LifeVest detected the dangerous heart rhythm and delivered a treatment shock that restored his heart’s normal rhythm.

“Survival of cardiac arrest is extremely low outside of the hospital,” said Dr. Norris. “The wearable defibrillator offers protection to patients we know are at risk of sudden cardiac arrest, and for Michael, it saved his life.”

Long-term protection for those at risk

Some patients’ hearts will heal and get stronger after a heart attack. Others may need to have long-term protection. In Michael’s case, he went on to have a permanent implantable defibrillator (commonly known as an “ICD”) surgically implanted in his chest. It will deliver a defibrillation treatment should he ever experience SCA again.

After surviving a heart attack and SCA, Michael is focused on living a healthier lifestyle. “I want to be here for my family,” said Michael. “I have more life to live and more memories to make.”