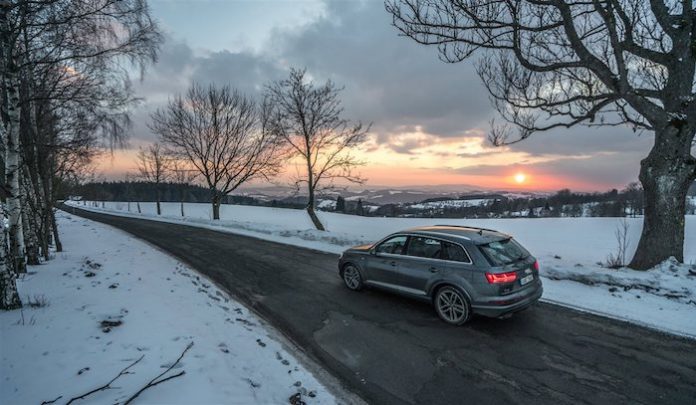 Did you know tires could be green?

There aren’t literal green tires, of course — they would distract other drivers. But believe it or not, tires can help keep the planet a bit greener, when they’re built and used with sustainability in mind.

According to the U.S. Department of Energy, between 4 and 11% of a car’s fuel is used up providing the energy required to propel your tires along the road. It’s known as rolling resistance. Premium tires that are properly inflated require less energy to operate — less rolling resistance — which makes cars more fuel-efficient.

Lower rolling resistance also helps lower carbon dioxide emissions. For example, since 2013 Nokian Tyres reduced the rolling resistance of its products by an average of 8% compared to 2013, resulting in a reduction of 128 million kg of CO2.

Keep your tires inflated at the right level

Several companies make tires that minimize rolling resistance, but you can play a role in that, too. The key: keeping your tires inflated at their proper level. Underinflated tires generate more friction and are less fuel-efficient. They’re also more prone to blowouts and wear down more quickly.

So, if you’re serious about going green, make sure you’ve filled your tires to the recommended inflation pressure. You can usually find that on a sticker inside your driver’s-side door or in your car’s owner manual. Keep in mind that as temperatures drop this fall and winter, so will your tire pressure: The colder it gets, the more your tires will deflate. As the thermometer drops, be sure to check your tires’ inflation level more often than usual.

You can impact how full your tires are, but there’s plenty that happens before those tires are on your car. Eighty-five percent of a tire’s carbon footprint is generated during its use, but the other 15% comes from the way tires are sourced and manufactured. If going green is important to you, be sure to do some research about those processes before you buy your next set of tires.

Nokian Tyres was the first tire company to eliminate the use of harmful oils in its tire compounds. It only uses purified oils in tire production — no toxic or carcinogenic chemicals. The Scandinavian company is also achieving new levels of sustainability in its production process. From 2013 to 2018, it decreased CO2 emissions from its production process by 38%.

Consider some of these ways tires impact the planet as you pick tires that are right for you and good for the environment. For more information about how you can promote sustainability when you buy your next set of tires, visit NokianTires.com.