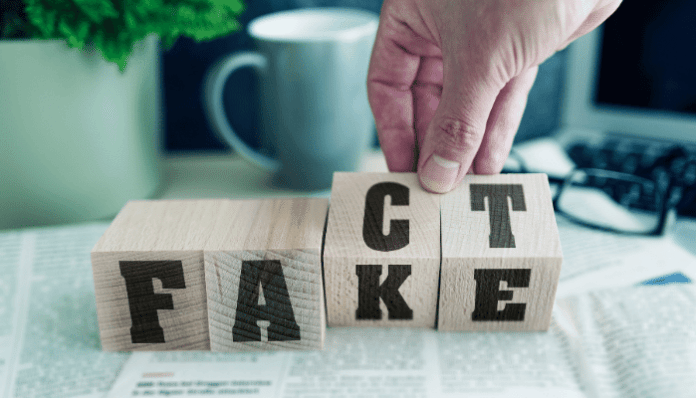 The term “fake news” gained traction during the 2016 U.S. presidential race between Donald Trump and Hillary Clinton, and it has since become a familiar phrase in the American political vernacular.

Could fake news factor into the current presidential election season? The QAnon movement has been seen by some media and political observers as an example of a politically-driven group promoting fake news. Despite a lack of evidence to support their beliefs, followers of the QAnon movement believe that President Trump is fighting a satanic deep state of global elites. Facebook booted accounts promoting QAnon.

David Dozier (www.DavidDozierBooks.com), a professor emeritus in the School of Journalism & Media Studies at San Diego State University and author of The California Killing Field, thinks QAnon’s origins and emergence into national news cycles symbolizes the intent of fake news: to influence voters.

“We live in a world where it’s hard to believe almost anything you see related to politics on social media, and sometimes in the mainstream media as well,” Dozier says. “Our democratic process for electing political leaders has suffered great harm due to these disinformation campaigns.

“Fake news is definitely an issue heading into this critical presidential election. QAnon is the latest example of how conspiracy theories on the internet can gain traction and build followings.”

“We’ve never been more polarized as a country, and fake news is dividing us further,” Dozier says. “It’s become a phenomenon, but people still have the power to sort the true from the false.”

Don’t fall into the bias trap.

People can fall prey to confirmation bias, a tendency to favor information that confirms or supports one’s prior beliefs or values. “Regardless of where you fall on the political spectrum,” Dozier says, “people lend more credence to information that reinforces what they already believe. To counteract the confirmation bias trap, try changing your perspective by taking the other side of the argument. Overall, be skeptical and think critically.”

“Some people have an emotional reaction to a piece of news and think they should share it,” Dozier says. “But it’s important to know that the people who create disinformation are designing it to do just that – trigger an emotional reaction. So wait and ask questions about the content. Who shared it or created it? Why was this shared? Do some investigating.”

Go straight to the source.

“The algorithms used by social media and news aggregator sites are designed to make sure we see stories geared to our interests,” Dozier says. “This makes it harder to identify if a story is real or fake, and who created it. Instead of following a link from the outlet that shows up on your social media, go online and head straight to the source. Inspect the poster’s profile and their post history. See if the poster has affiliations that are in line with spreading a certain point of view.”

Conducting a reverse image search can make it easier to authenticate an image by finding its source. “Fake news/disinformation often uses old images,” Dozier says. “With a reverse image search, you can search for previous instances of an image that appears online and to find if the image used is from a different story. You can also reverse image search the profile picture to see if that picture or similar photos are being used on other accounts. That’s a common practice to create fake personas online.

“Getting to the facts is getting more difficult,” Dozier says. “We have tons of information coming at us from all angles and platforms. It’s more important than ever to think for ourselves.”

David Dozier (www.DavidDozierBooks.com) is the author of The California Killing Field and an internationally recognized expert and speaker on mass communications, public relations, and communication management. Professor emeritus in the School of Journalism & Media Studies at San Diego State University, Dozier is author or co-author of over 100 books, book chapters, articles, and scholarly papers, and his works have been cited by other scholars over 4,000 times. Among his numerous honors are: the 1990 Pathfinder Award from the Institute for Public Relations Research and Education for his contribution to original scholarly research in the field; in 2008, named Outstanding Educator by the Public Relations Society of America; in 2009, named a Research Fellow by the Institute for Public Relations; in 2014, recipient of the Norma B. Connelly Public Affairs Service Award “for exceptional meritorious service to the U.S. Navy Public Affairs.” Dozier received his doctorate in communication research from Stanford University