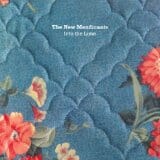 Over the last 20 years or so two of my favorite groups have been Teenage Fanclub from Glasgow, Scotland, and Pernice Brothers from Boston. Last year, Norman Blake from Teenage Fanclub and Joe Pernice of the Brothers (as well as a number of side projects) became residents of Toronto and joined forces with drummer Mike Belitsky to record as The New Mendicants

In what seemed to be a toe-in-the-water exercise, the Mendicants released an Australian tour EP last year (the Pernices did much the same in 2002 with semi-acoustic versions of songs from the pop fest that was their The World Won’t End album.)

Two songs from the EP, “Sarasota” and ‘High On The Skyline,” show up on the new album Into The Lime; the new versions are fully realized and show the growth of this new band. “Cruel Annette” starts out with lovely acoustic vocals and then morphs into a terrific pop song that would fit comfortably into the Rutles’ songbook (and I mean that with the highest possible praise). Joe and Norman trade vocals on that song and harmonize on the lovely title song.

Although producing credits on The New Mendicants album are given to Blake, the overall sound of many of the songs is very much in the Joe Pernice mold — and to my ears are some of Joe’s best work since the Pernice Brothers’ 2005 Discover A Lovelier You. Other songs have the great, distinctive sound of Blake’s guitar, especially the opening of “A Very Sorry Christmas“ as well as a crunchy solo. His most prominent vocal is on “By The Time It Gets Dark,” a song could have found a place on Teenage Fanclub’s wonderful Songs From Northern Britain album.

In addition to these songs, when you buy this disc you’ll hear the drop-dead gorgeous “If You Only Knew Her” and the beautiful “Follow You Down.“ You can probably find it at your local independent record store (some of these still exist) or at the Pernice Brothers’ website www.pernicebrothers.com.

Henry Lipput is a writer living in the Pittsburgh, PA, area. He has written for a telefundraising company, defense contractors, and engineering companies. He has also written freelance articles on specialty advertising, health care, small businesses, and general interest topics for both national and local publications, including CD reviews for the late, lamented Pittsburgh Boomers. You can send questions, comments, or complaints to Henry at h_lipput@hotmail.com or on Twitter at @HLipput.