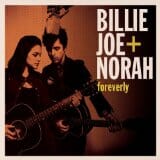 As 2014 began, on January 3rd to be exact, we lost Phil Everly, one half of one of the most celebrated vocal duos of our time.

The Everly Brothers were a hit-making team throughout the ‘50’s and the early ‘60’s. They were a huge influence on folks like Simon and Garfunkel as well as The Beatles. According to Lean In, the first volume of Mark Lewisohn’s landmark Beatles biography, one of the many new singles that the Fabs looked forward to finding were those by the Everlys. There can be little doubt that the sound of Don and Phil’s close harmonies led directly to those of John and Paul.

Not long before Phil’s death, in November of last year, a tribute to the Everlys was released. The new album, Foreverly, is a track-by-track recreation of the brothers’1958 Songs Our Daddy Taught Us. Surprising then, and certainly surprising now, the songs on that album were far from the sound of Everly hits like “All I Have To Do Is Dream,” “Wake Up Little Susie,” and “Bye Bye Love.” Songs Our Daddy Taught Us is full of songs with a darker tone, songs about gamblers, cheatin’ hearts, and murdered lovers.

But even more surprising is the duo who took on the task of recreating the Everly’s sound: Billie Joe Armstrong — yes, the Billie Joe Armstrong of Green Day — and Norah Jones (whose debut album introduced us to a pop chanteuse although her recent albums have taken a darker turn).

Armstrong and Jones’ voices merge to, if not duplicate the brothers’ vocal style, then certainly salute the close harmonies that made the Everlys such a treat to listen to. The songs contain spare arrangements that enhance and compliment the singing.

Highlights on the album include “Roving Gambler,” “Oh So Many Years,” and “Rockin’ Alone.”