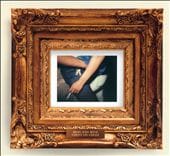 Gently strummed guitars, quiet acoustic accompaniment, and hushed vocals were the hallmark of Iron & Wine’s sound for their first few albums.  Led by Sam Beam, the band has moved on from the muted, Nick-Drake-English-folk of earlier releases like Our Endless Numbered Days in 2004 and the terrific Woman King EP from 2005 (in which the band began to introduce new instruments to Beam’s songs).

Beginning with In The Reins in 2005 and continuing with 2007’s The Shepherd’s Dog and 2011’s Kiss Each Other Clean, Beam added, among other instruments, horns and keyboards, giving his songs more of a full-band sound.  And even though Kiss Each Other Clean was one of my favorite albums of 2011, I still felt Beam had not yet made this musical chemistry kit work as well as it could.

With Ghost On Ghost, the new Iron & Wine album, Beam has finally put it all together.  Not only has he been able to merge the lovely sound of his early work with his new direction, it’s unlikely you will hear more gorgeous tunes this summer — tunes that will no doubt remind you of the wonderful heyday of singer-songwriters in the early ‘70s.

Although Beam was born in 1974, he has obviously listened to a lot of music from that decade (in a recent interview in Uncut Magazine, Beam said he and his team had talked about 70’s records like Ram and Nilsson Schmilsson when making Ghost On Ghost).  And a review for Kiss Each Other Clean mentioned the album had a 70’s Elton John feel to it (and I’m sure you’ll agree 70’s albums like Tumbleweed Connection and Madman Across The Water still hold up as great examples of songwriting, singing, playing, and production).

There are a lot of good songs on Ghost On Ghost but the best are the three beauties “The Desert  Babbler,” “Joy,” and “New Mexico’s No Breeze.”  We also get the funky “Singers And The Endless Song” and the big band pastiche “Lover’s Revolution,” a style often used by Elvis Costello that Beam makes his own on this number.  Another highlight is the ending song “Baby Center Stage” with a tone and arrangement that would fit easily on that Tumbleweed Connection record and with a title and sound that could make it a twin to “Tiny Dancer.”

Sam Beam and Iron & Wine have come a long way musically since their debut in 2002 and — in my humble opinion — with Ghost On Ghost they have done their best — and most accessible — work yet.