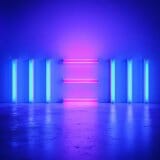 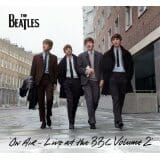 Last fall, nearly 50 years after the Beatles’ first appearance on the Ed Sullivan show (an event that will be celebrated next month), both the Beatles and Paul McCartney have released new albums.

On Air — Live at the BBC Volume 2 is the second collection of BBC performances by the group and NEW is McCartney’s first album of all new material since 2007’s Memory Almost Full.

In the early 1960’s there were only three radio networks in England, all run by the British Broadcasting Corporation (BBC). And, because of an agreement with that country’s Musician’s Union, there was to be a minimum of “needle time,” meaning that there were to be more live performances and less record playing.

One of the groups that took advantage of playing live in the studio was The Beatles. From their first appearance on Teenagers Turn in March of 1962 to their last in June 1965, they were on 52 different programs — including their own show Pop Go The Beatles — and performed 88 different songs many more than once.

The Beatles’ Live At The BBC was released in 1994 and was, and is, a joyous set of performances and spoken word introductions from the BBC vaults. This double-disc set was made up of songs that the group never recorded for their albums as well as songs from those albums. Obviously the real treat was the more obscure songs that were part of their set lists from Hamburg, the Cavern, and clubs and ballrooms around Liverpool that The Beatles had discovered on B-sides. Because no performances from 1962 exist, the discs covered the years 1963 to 1965.

The new On Air — Live At The BBC Volume 2, also a double-disc CD set (the vinyl set has three records) follows the same formula. But, unlike the previous collection, the songs and spoken bits are presented in chronological order and are only from 1963 and 1964. This gives the listener a sense of what it must have been like to hear these shows when they were originally presented. Volume 2 also contains one-on-one interviews with Brian Matthew, a host for one of the BBC programs, and each of The Beatles. (The first Live At The BBC has been remastered and reissued and is available separately as well as in a box set that also contains Volume 2.)

Paul McCartney’s NEW is hardly the work of an out-of-touch 71 year-old. On this album he worked with four producers, each of whom is younger than Paul and — in fact — may be the same age as McCartney’s son and nearly all of his daughters. This all-star line-up consisted of Mark Ronson (producer of Amy Winehouse’s great Back To Black album), Ethan Johns producer (among others) of Ryan Adams (his father Glyn Johns worked on the Get Back album before it became Let It Be), Paul Epworth producer for Adele, and Giles Martin, producer of The Beatles mash-up Love (and son of George Martin, legendary Fabs’ producer and a fellow many think of as the Fifth Beatle); Giles also acted as Executive Producer for the album, helping to give the songs a consistent sound beyond McCartney‘s voice and still-vibrant melodic gifts.

NEW is full of terrific songs. The title song, “New,” has the melodic bounce and piano-as-rhythm-instrument that characterized classic McCartney songs like “Penny Lane.”

On “Early Days” against shimmering acoustic guitars, he sings in a weary voice about people who think they know what happened with his most famous partner in lyrics that paint a picture of the two of them: “Dressed in black from head to toe/Two guitars across our back/We would walk the city roads/Seeking someone who would listen to the music.” The song seems of a piece with other McCartney works that touch on his relationship with John Lennon such as “Two Of Us,” “Here Today,” and “The Song We Were Singing.”

“Queenie Eye” is full of nonsense lyrics lifted from a Liverpool children’s street game and may be the closest he gets to writing his own “I Am The Walrus.” “Get Me Out Of Here” is a song McCartney could have contributed if he was one of the Traveling Wilburys. “On My Way To Work” is full of images from the days when Paul had a job and the Beatles were yet to make it. And “Scared,” the hidden track, is McCartney singing about how we’re all afraid of saying how we feel to someone and not getting the response we hope for.

50 years on the Beatles — and Paul McCartney — still have ways of getting into our heads and touching our hearts.

Henry Lipput is a writer living in the Pittsburgh, PA, area. He has written for a telefundraising company, defense contractors, and engineering companies. He has also written freelance articles on specialty advertising, health care, small businesses, and general interest topics for both national and local publications, including CD reviews for the late, lamented Pittsburgh Boomers.