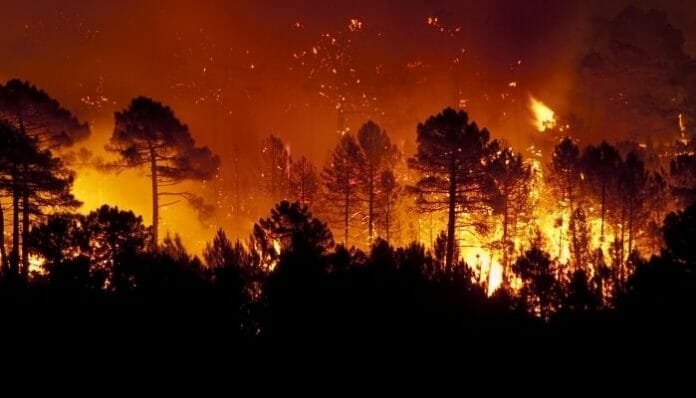 When it comes time to retire, most seniors like to find places where they can settle down for the long haul. That means they need to consider every aspect of that location. One problem many people forget to consider is wildfires. They’re much more dangerous than people give them credit for, and you may have to leave your house and all of your belongings behind. That can be a difficult problem to overcome late in life, so if you’re looking to move sometime soon, you’ll want to know the states in the US where wildfires are the most common. That way, you know which areas to be wary of.

We’ll start off this list with the obvious one: California. Everyone knows wildfires hit this state harder than any other in the US. It can experience up to 10,000 fires per year, which outclasses every other state in this list.

However, that doesn’t mean you should avoid the entirety of California. Wildfires hit the southern part of the state and some of the northern part the worst, but much of the middle is relatively safe.

The number of fires that start in Nevada is significantly less than in California. However, the acreage they burn is still pretty high, especially in the state’s northern half. Deserts cover much of the state, but the north is a bit lusher. So when a fire starts up there, it spreads more easily, leading to Nevada’s inclusion in this list.

Since Northern California and Nevada are both right next to Oregon, it shouldn’t come as a surprise that the southern half of the state is prone to frequent wildfires. Fortunately, Oregon is also well-known for being rainy, so the closer you get to the coast, the less likely you are to experience out-of-control fires.

Unsurprisingly, Arizona can be quite the powder keg for wildfires as well. It’s another state with deserts, but unlike Nevada, it’s much further south, leading to much hotter, drier weather. Fires tend to hit the northwestern part of this state the hardest, but everywhere except for the Phoenix area deals with pretty frequent wildfires as well. Luckily, since most of the state isn’t very lush with plant life, many fires die out before they become too big of an issue.

Probably the most shocking state in the US where wildfires are the most common is Colorado. When people think of this state, they tend to think of mountains and snow. However, there are still a lot of trees in those mountains, and they can catch fire in the warmer months. When that happens, wildfires can get out of control just as they can in any other state.

Just because these states are the most likely to have wildfires doesn’t mean you should avoid them like the plague. You should just be more careful before moving to them. And if you do, make sure your make sure your community is well-prepared to handle a wildfire if one pops up.