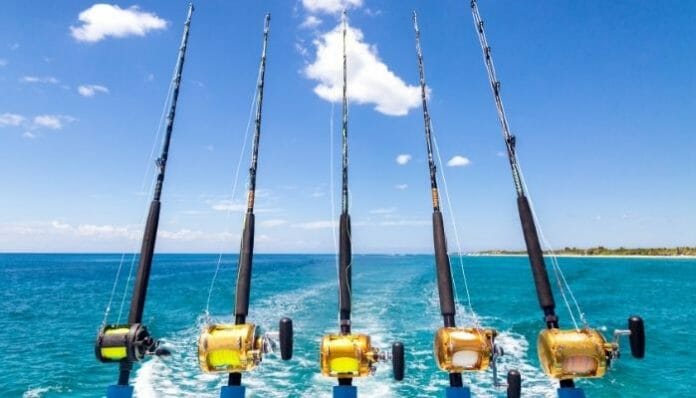 When deciding on a vacation, it can be hard to find a place to satisfy your desire to fish while entertaining the whole family. Explore the best beaches in the southeast for deep sea fishing to find a place that pairs fantastic sands with bountiful fishing seasons.

The best part about the Beaufort and Hilton Head area is the sailfish in the summertime, and the second-best part is it is only about three hours and 40 minutes from Greensboro. Beaufort and Hilton Head are only about an hour apart, and both have great fishing scenes, while the latter has superior beaches. So, while they both have fishing lodges, Hilton Head is the better place to stay for the whole family because the restaurants and amenities are far more abundant. However, you might enjoy the quietness of Beaufort if that is more your speed.

In the spring, you will mostly be catching red snapper and grouper, while in the summer, you can catch the previously mentioned sailfish as well as dolphins, mahi-mahi, and barracuda.

If you want to go a bit further north, some will argue that Myrtle Beach has the better deep-sea fishing to Hilton Head. At Myrtle Beach, you can catch many of the same fish as their southern counterparts, such as mahi-mahi, barracuda, or sailfish. You also have a chance, though, to catch cobia or mackerel, to name a few. If you’re lucky, you might even be able to get a prize swordfish!

If you’re dead set on catching a marlin, the Outer Banks in June is the prime season to catch blue marlin. Then, if you stick around until August or September, you’ll end up catching white marlin. And you can do all of this while keeping your eye out for sailfish or yellowfin tuna. The Outer Banks is the “Billfish Capital of the World” for a reason; go find out why!

There isn’t a saltwater fisherman in America that doesn’t know about the riches that lie off the coast of the Florida Keys. With it being so close to the equator, the weather never changes, and you can only mark the season with the fish. The tuna and sailfish season peaks in the winter but you can expect to catch all species of big game fish year-round. Also, you can pick between fishing in the Gulf of Mexico or the Atlantic. You could even stay inland for some of the best flyfishing that Florida has to offer.

When it comes to deep sea fishing in the Gulf of Mexico, the two best places are Destin and Galveston, and since Texas is more Southwest, we decided to focus on the Florida town. Like the other best beaches in the southeast for deep sea fishing, Destin pairs a family atmosphere with world-class deep carters. The city is called “The World’s Luckiest Fishing Village,” and with a nickname like that, you must go see it for yourself.