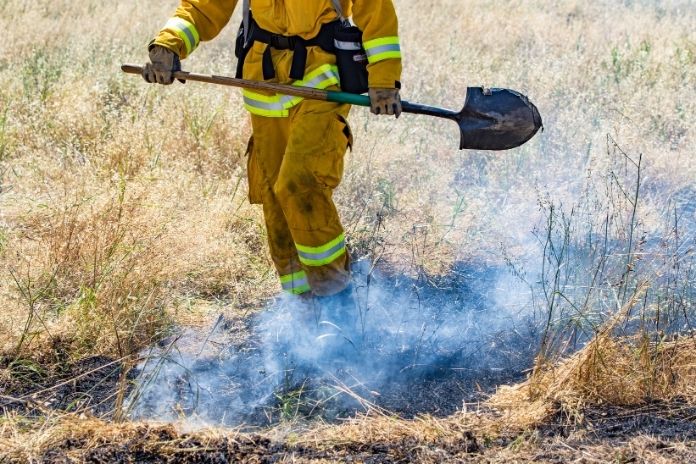 Just because a forest fire has been extinguished doesn’t mean that a wildland firefighter can simply pack up and go home. When many people think of wildland firefighters, images of heroic figures entering burning forests and quenching uncontrollable blazes often come to mind. While fighting flames is part of the job, there’s still a lot of work to be done after the final flames die out. To learn about what wildland firefighters do after a fire, continue reading.

After a forest fire burns through an area or has been securely contained within a fire line, wildland firefighters engage in a process known as mop-up. Essentially, mop-up is the act of extinguishing residual flames and preventing a wildfire from reigniting after the main blaze has passed or been controlled. Mopping up is one of the final stages of fire suppression. Until thorough mop-up has been conducted, a wildfire is not considered completely extinguished.

What the Mop-Up Process Entails

The process of mopping-up after a wildfire can involve many different tasks. Some of the main responsibilities of firefighters placed on mop-up duty include: