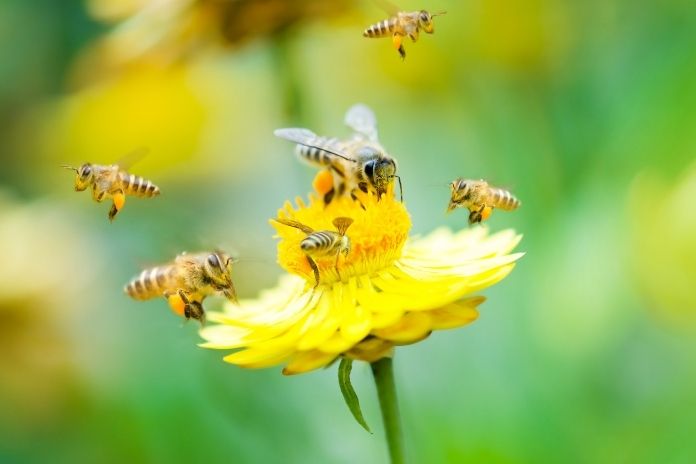 With many upsetting stories in the news, it’s difficult to care about all the world’s misfortunes. We cannot feel concerned about everything all the time. But we can no longer ignore the current state of the bee population. Year after year, we see more incidences of entire hives disappearing due to the mysterious Colony Collapse Disorder. We do not know exactly why so many are dying out, but these incidences beg the question: what will happen to the world if bees go extinct?

Bees pollinate approximately 80 percent of all plants on Earth. There is no doubt that bees play a vital role in maintaining our ecosystems. Many of the fruits and vegetables that populate our forests are entirely dependent on bees for their repopulation. If all the bees die, our forests can die too.

A good way to think of what will happen to the world if bees go extinct is to imagine it as a domino effect. Without human intervention, many of the planet’s plants will die off. But that also has an extreme impact on the creatures that eat those plants. Herbivores have fewer options and, in time, many herbivore species will die off as well.

Continuing with that domino effect, after bee extinction negatively impacts the herbivores, the carnivores will follow suit. With fewer herbivores to eat, predators will start to dwindle in numbers.

With all our science and sophistication, even human beings cannot avoid the effects of total bee extinction. Most of our produce still requires bee pollution. If they were to disappear, we would see a rapid decline in chocolate, cranberries, coffee, broccoli, cherries, apples, blueberries, and almonds. Human food security would take a serious turn for the worse.