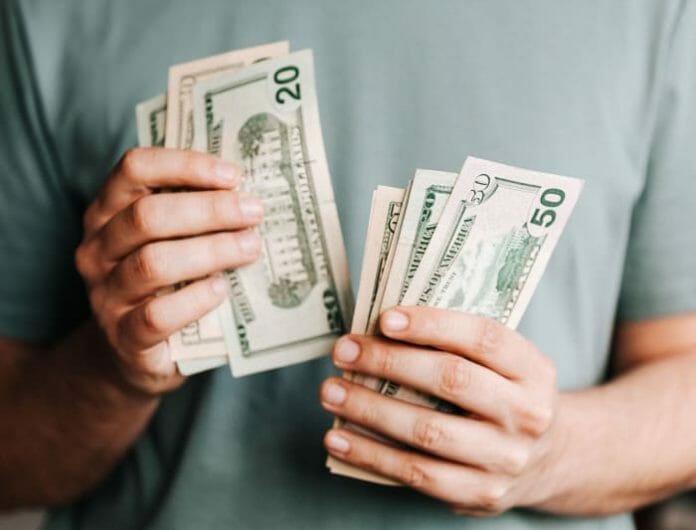 Many people will tell you they never feel financially comfortable, but often times it’s the thoughts and beliefs they have about money that are holding them back from achieving financial success and abundance.

Steve Siebold, author of How Money Works, and a self-made, multi-millionaire who has interviewed more than 1,300 of the world’s wealthiest people over the past 35 years, says there are 10 limiting beliefs that most people struggling with money have:

1.      I’m not smart enough: Most people believe formal education is the only education that will help them become more successful. The wealthy respect formal education, but they tap any form of education available to make their dreams a reality, whether that’s interviewing very successful people and learning from them, reading, listening to audio programs and attending seminars.

2.      It’s going to get better when…: The middle class lives in a perpetual waiting game for outside forces to come to their aid and grant their every wish. The hero you are waiting for – be it God, the Government, their spouse, boss or someone else – is not coming to the rescue. Create a daily plan of action that will move you closer to building financial independence.

3.      Rich people are all crooks: The average person has been programmed from childhood to believe rich people acquire wealth through dishonesty and deceit. The truth is the majority of fortunes were built through ambition, drive and vision.

4.      I’ll have to sacrifice my family life: Most people believe it’s an either/or equation and they’ll have to choose between world-class success and a happy family life. Instead of using your family as an excuse, use them as your primary motivation for making it happen.

5.      I’ll become selfish and self-absorbed: We’re taught from an early age to put the needs of others in front of our own. While this sounds like a spirit driven, high-level philosophy, it’s terrible advice. If you’re not taking care of you, you are not in a position to take care of anyone else. Once you secure your own fortune, then you can give back to any charity or organization you wish.

6.      I’m afraid I’ll fail: Most people believe failure is painful and should be avoided in order to maintain a sense of pride and dignity. In an effort to protect their egos, they attempt only those things they know they can do. The truth is that failure is a necessary building block of mega-success, and should be treated as a teacher. Be focused on learning, growing and becoming.  Every self-made millionaire has failed multiple times.  That’s why they’re so successful.

7.      Money just stresses me out: The average person would rather think about anything other than money because of the negative feelings they associate with it. Stop seeing money as a never-ending necessary evil that must be endured as part of life. Start seeing money as the great liberator that will help you purchase financial peace of mind.

8.      I won’t be able to have any fun: Rich people focus the majority of their attention on money making activities they enjoy. They parlay a love for real estate into property speculation; a passion for beautiful paintings into investment art; or a flair for numbers into buying and selling stocks. So while it looks like they’re working, they’re really enjoying their hobbies and making money along the way.

9.      I’ll lose all of my friends: If you really lose friends because you move into the biggest house on the block, the real question is: “Were they really your friends to begin with?” You’ve probably had friends you’ve known for years, and you could care less about how much money they have.

10.   It’s noble to be poor: The masses have been misled to believe wanting more is wrong. The heart of this ideology is that you should be happy and grateful for whatever you have, and any ambition past that is pure greed. The human mind is wired to want more. This drive is the engine behind every innovation in history. Ambition isn’t a sin.  Ambition is a virtue.