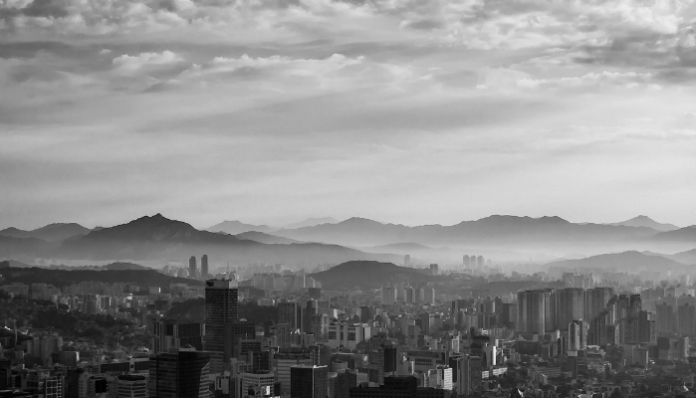 My granddaughter Pearl, aged eleven, has just come to my study window to show me a pretty dress she has bought for our holiday, at least it will be if aeroplanes start flying again and the place we are going to still wants to see us. Our globalized world has produced a global problem which the nightly news lays bare in graphic detail, telling us how many people have been infected and how many of them have died. But for us, so far, our experience beyond the numbers has been limited to inconvenience, not disaster. However I fear that disaster may be what my age group is leaving behind.  So this is a message for you Pearl and your generation: part warning, part apology and part a call for you to act as we have not. But first, let me recount some history.

My own grandfather, Charles, was born in 1874 when Britain was at the height of its imperial power. The family he was born into was one of the most powerful and it was dedicated to public service. His father would be Governor General of Canada, Viceroy of India and his country’s Foreign Secretary. I recount these things not to brag, although I am obviously proud, but to alert you to a simple fact of life: what you see on the surface may disguise what is going on beneath it.

Charles had decided to become a career soldier when he married my grandmother, Violet in 1909. Their first child, Margaret, was born in 1910 and their second, George, my father, in 1912. In October 1914 Charles was blown to pieces outside Ypres, in Belgium, fighting the most pointless war of the twentieth century.  Violet never got to see his body as there was little left to see. Of course at the time the war did not seem pointless, at least to those who waged it.

So is violence simply something the human race must endure and so a certainty that you should be ready for? To answer that question we have to answer another one: what is the point of violence? The German military theorist Carl von Clausewitz (1780-1831) put it as well as anyone when he said that war is the continuation of politics by other means. And politics, as we all know, is the process whereby we assert our interests collectively. So to state the obvious, war is waged because those who wage it believe it to be in their interests.

Now this is where I break ranks with conventional thinking. The convention is that individuals are subservient to the state: that the state has the right to direct the citizen. The great Indian anti-colonialist, Mahatma Ghandi disputed this and adopted a strategy of nonviolent resistance to overturn British rule. He was successful. Does this mean that every individual is entitled to disobey the law? As a practical matter the answer is yes because compliance requires a personal decision.

That those who run states use the full gamut of pressures, from the threat of punishment to rousing propaganda, to enforce their decisions underscores this. So the thief and the suffragette have one thing in common: both are prepared to break the law to get what they want. But generally we comply. When the leadership in Nazi Germany set about murdering its Jewish citizens it required the acquiescence of its non-Jewish ones which, to their great shame, most served up. And of course the whole thing was carried out with bureaucratic efficiency and legal probity.

The enormously profitable system of African enslavement, which ensured that middle class Britons could have sugar on their tables and white North American plantation owners could enjoy their comfortable lifestyles, was accepted until its ugly side was laid bare. And even then, North Americans had to fight a brutal civil war before the practice was abandoned. Of course all this raises a disturbing question. If self-interest is our guide – and biologically it surely is – does what is right and what is wrong simply boil down to what we can get away with?

This brings us to the heart of the matter. Does consciousness bestow upon human beings a code of conduct that goes beyond what our biology would dictate? I believe it does. Consciousness enables us to do two things: to empathize with other individuals and to imagine how our actions today might influence outcomes tomorrow. Put very simply, the age old trope that we should treat others as we would wish to be treated ourselves deals with the first. The second can be dealt with in a similar way. We should only condone actions today that we realistically believe will be life enhancing tomorrow.

So where does this leave you and your generation? Greta Thunberg and her followers have made a good start. But while protest is useful in that it heightens awareness, it is not enough. My great aunt, who you are named after, was a dedicated environmentalist and I leant something very important from her: that it was usually more effective to work with power than against it. This is so because a state is like a body with all its bones, its sinews and its muscles intact: a working whole. If you simply try to tear it down you might be left with nothing or an even more brutal version of what it was before; the outcome of most revolutions. As my great aunt demonstrated time and again like a skilled practitioner of jujitsu, it is far better to get power to work for you.

Could the First World War in which some 38 million were either killed or wounded have been prevented and my grandfather along with so many others, have been allowed to live normal lives? Could Europe’s political system have been adjusted so as to pay greater regard to social issues than to military ones? Could Europe’s hereditary system of government have moved closer to that finding its way in the United Sates? Could the world’s financial system have adjusted more smoothly than it did to Britain’s demise and America’s rise? Apart from the first, all these things did come to pass, but not before two brutal World Wars had knocked sense into people.

Your generation will face many challenges. Political and economic power must be more widely spread. Our global economic system must adapt to climate change. Supra-national institutions and regional communities must both be freed from at least some national constraints. The United Sates must be allowed to adjust to its new status and the rest of the world must behave more responsibly. Churches must stop hiding behind ancient texts and start addressing the world as it is: people need moral guidance and support. These are daunting tasks which will require hard work and intelligence far more than ego-driven rhetoric.  Your parents will have to do the heavy lifting until you are ready, but for as long as we are around, we your grandparents, who carry the scars of our successes and failures, are here to help.

Robert Mercer-Nairne is the author of Multiverse, a novel about America’s political future published in the United States by Gritpoul, Inc. Learn more about Mercer-Nairne’s titles on gritpoul.com