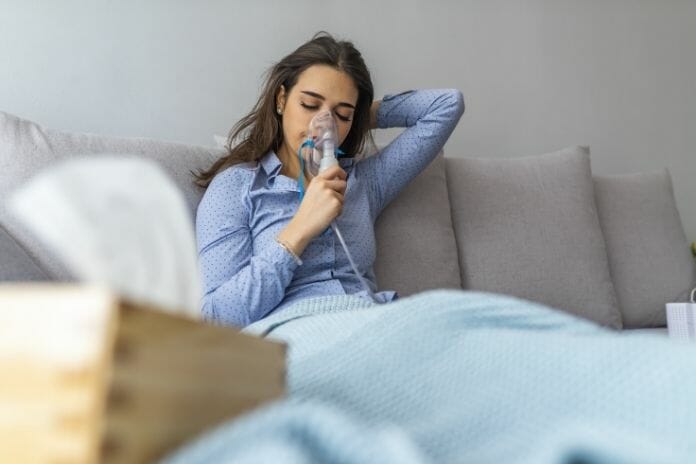 We take our breathing for granted, especially when we’ve been breathing without incident our entire lives. However, as adulthood wears on, we may encounter unforeseen difficulties with breathing, which can be not only challenging but deeply alarming. If you are having trouble breathing for the first time in your life, you should explore these chronic respiratory conditions in adulthood and determine whether they may apply to you.

Chronic obstructive pulmonary disease, or COPD, occurs when inflammation and tissue damage contribute to the obstruction of airflow to the lungs, resulting in difficulty breathing, a nagging cough, and excess production of mucus. The leading cause of COPD is lifelong smoking, which finally takes its toll on the lungs and destroys the alveoli of the bronchioles, diminishing lung capacity. Chronic inhalation of other small particles, such as dust from construction, may also contribute to COPD. While there is no cure for COPD, patients can slow its progression through smoking cessation or protection from workplace fumes and irritants.

Though we usually think of asthma attacks as the province of children on the playground, asthma can appear in adulthood after never having manifested itself in childhood. In fact, adult-onset asthma is often more serious than the lifelong asthma that first appears in childhood. Adult-onset asthma most often occurs as a reaction to unfamiliar conditions. For instance, exposure to high levels of mold or pollen for the first time in life can trigger asthma in adulthood. Exposure to tobacco smoke may also be a cause.

Owing to its difficult name, you would probably know pneumoconiosis better by its more illustrative monikers: black lung or coal miner’s lung. That specific condition, in which inhalation of coal dust over a career in the mines causes scarring to the lungs, is but one variant of pneumoconiosis. Sustained encounters with asbestos fibers and silica dust can also cause the same progressive damage and scarring as the carbons in coal. Unlike other chronic respiratory diseases in adulthood, which arise from lifestyle choices or environmental stimuli, the pneumoconioses are a distinctly occupational hazard which workplaces should try their hardest to prevent.