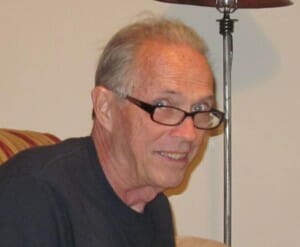 It may be some time before New York Yankee third baseman, Alex Rodriguez, fields a grounder and makes his effortless throw to first.

But it will also be some time before the Yankees stop writing him paychecks. A-Rod, as most fantasy and real-life baseball fans call him, is 38 years old– retirement age for most major leaguers.

He’s on the disabled list, but is owed $114 million over the next five years. And he’ll collect the money unless the Yankees trade him and his huge contract.

It’s not likely any general manager will take on that liability.

Yankee haters have noted in preparation for the fantasy baseball season, that they won’t need to worry about who to plug into that hot corner infield slot. How about all-world Miguel Cabrera.

You need to be in position to nab Cabrera– like having the first choice in the fantasy leagues occupying millions of diamond fans across the country this month.

I started playing fantasy baseball about eight years ago after testing the water with fantasy football. If these two sports don’t hit your “sweet spot,” then there’s golf, NASCAR, soccer– practically any sport you can imagine.

America’s game is where my heart and time is. You can play in free leagues or those where you build a team with dollars (not in the A-Rod range). Trophies and developing the skill to finish atop the 8, 10 or 12-team leagues, pumps you up.

Fantasy baseball is played in conjunction with the real major league season beginning April 1. You draft a team(s) from the rosters of the real big leaguers, picking a 25-man club from all infield and outfield positions including nine pitchers.

There are numerous internet sites where you can get started– ESPN, CBS, Yahoo, Sporting News,etc. Log on from your computer and sign up to play in an open team spot. Unless you can get your buddies to put together a team, most of the other managers will be unfamiliar to you.

Drafts are set up for times and dates leading up to the start of the season. This is where your expertise comes into play. If you regularly follow major league baseball, you can easily fill a roster. If you’re a rookie, you can guess at your choices or let the computer do it for you.

A random draft positioning is pre-determined before the selections. Let’s say you were in a 10-team league and were lucky enough to pick first. You then would not pick again until the 20th choice.

There’s a long list of players on what is called the waiver wire. You can replace one or more of your players at any time. If a player is injured, you will be notified of this. Like major league baseball, trades with other managers in your league, are encouraged.

To determine league winners, live statistics garnered by your players every day, are compiled and used against the team you are playing. Stats are totaled each week, to determine league standings– and eventual playoff positions.

The season runs in companion with the major leagues, so season-ending playoffs are part of the program. Numerous magazines and newspapers publish fantasy publications, so you can do your homework before each draft.

I have four teams this year and have drafted one thus far. Others are scheduled for March 4, 16 and 29.

This fun activity and how much time and money you invest in it from April to October, is up to you. Matt Lutovsky, writing in the Sporting News Fantasy Source Baseball magazine jokingly says, “What else are you going to do with that time and money? Hang out with your loving family?.