In 2002, after twelve years of filming for a video company that produced memorial tributes, Gary Hanson decided to start CreationScapes and he has been enriching lives ever since with his incredible nature video programs that include music and scripture. The superior quality, therapeutic, and inspirational qualities of his work were soon noticed by Daystar Television Network, the largest Christian network viewed worldwide. The videos were aired nightly on Daystar for nearly nine years and are currently aired globally on the Hope Channel and SkyAngel with their newly formed Video on Demand content.

Celebrating its tenth anniversary this year, the quality of photography and music on CreationScapes is some of the best in the world. The programs are all filmed in High Definition and contain scenes from China, Britain, Italy, Hawaii, Mexico, and all over North America. They are accompanied by the natural sounds of nature and range from every theme imaginable – seascapes, mountains, flowers, baby animals, waterfalls and streams to sunsets, patriotism, farm and country, and so much more, covering all four seasons. CreationScapes even offer videos specific to holidays or special days/events as well as themes for every family memory and every age.

The videos show in perfect detail God’s amazing creations and, judging from the rave reviews, they unquestionably do calm, refresh and inspire. People often comment that watching them evokes memories of happier times they had long forgotten and introduces them to places they could only previously imagine in their dreams. Each person is able to draw something specific to them from each video; they bring comfort and healing to grieving families, sick and infirmed people residing in nursing homes, hospices and hospitals; even those who just need to learn to slow down, relax, and rejuvenate mind and spirit.

The power of the human mind is truly amazing. Hanson sees this in the thousands of emails he receives from customers who tell him the videos helped them forget their pain, both physical and emotional, by taking them to a place in their mind that gave them peace.

Many renowned musicians and performers, such as Tim Janis and Darlene Love, have teamed up with the company, as well as other great musicians and composers like Steve Hall, Mary Beth Carlson, Karin Gunderson, Paul Baloche, Shannon Wexelburg, Jackie Evanko, and more, and have contributed to PBS specials that featured CreationScapes videos narrated by George Clooney and James Earl Jones. 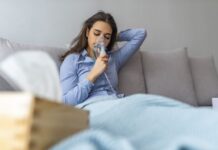 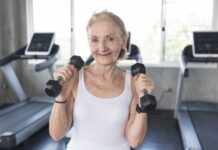 How Seniors Can Avoid Muscle Loss